You are here: Home / Our Team

Jay Levine (2012-present)
Jay Levine is a local web developer with a passion for progressive politics, the environment, and technology (among other things). “I’m involved with Renewable Taos because there are things we can do and must do about the changing climate. We are the problem and the solution.”

Bob Bresnahan (2012-present)
Bob Bresnahan is one of the co-founders of Renewable Taos. He is also a member of the Kit Carson Electric Cooperative, Inc. Board of Trustees. Bob designs custom furniture. He had a career as a business planner and consultant and, as a young man in the 1960s and 70s, he worked for the peace movement. “My daughter taught me that we need to learn how to live without spoiling our planet for future generations.”.

Diane Gledhill (2012-present)
Diane Gledhill has a B.S. from the University of Wisconsin (1966), and a M.A. in Counseling Psychology (1985). “After years of activism for peace and nuclear disarmament I question whether any of my efforts made any difference. For that reason, I am excited to now be supporting a local, doable goal which addresses the most urgent challenge humans have ever encountered, man created climate change. I am honored to be working with the talented, hard-working and committed individuals of Renewable Taos.”

Gary Ferguson (2017-present).
Gary Ferguson retired to Taos in 1999 after 30+ years as a NM Registered Engineer and a long career at Sandia National Laboratories in Albuquerque. He and wife, Coleen, enjoy exploring the southwest, golf, skiing and art. Gary joined Renewable Taos a few years ago and strongly supports the need for a rapid transition to renewable energy. 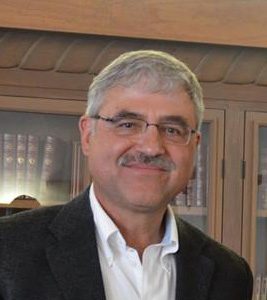 David Munoz (2017 – present)
David spent the majority of his professional career (1986-2012) as a faculty member of the Engineering Division at the Colorado School of Mines (CSM). He remains connected to CSM as an emeritus professor. His career has centered on energy after earning the MS and Ph.D. degrees in Mechanical Engineering (thermal-fluid sciences) from Purdue and a BSME from the University of New Mexico. He moved to Taos in 2012, lives in an energy efficient home of his design, enjoys hiking and vegetable gardening, and has been active with Renewable Taos since 2015. David also serves as Treasurer to the 300+ year old Acequia de Los Lovatos in Ranchitos.

Daniel Pritchard (2017 – present)
Daniel retired a few years ago from a 35-year career in electrical engineering.  He brings his (MSEE – UNM) expertise in design and project management to Renewable Taos.  Daniel organized the first two Taos Electric Vehicle Expo events in 2018 and 2019 that attracted hundreds of visitors and dozens of EVs.  In RT, he is a member of the Executive Board and helps with strategic planning, community engagement and utility-scale research. He lives in a green-built modular home in Taos and operates his community water system under a state license.